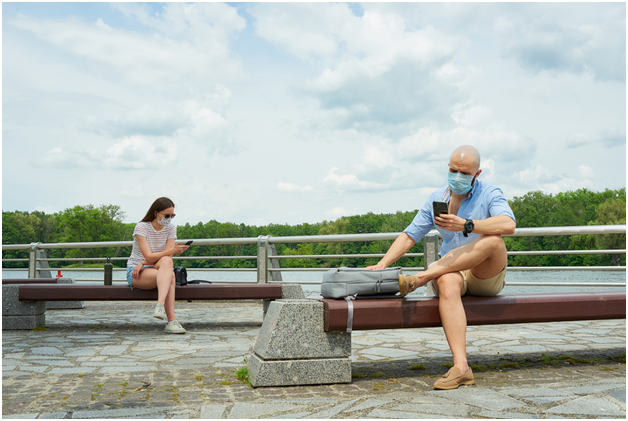 In a world where we wear masks daily, keep gaping spaces between ourselves and others in public, and routinely answer questions like “Have you experienced shortness of breath?”, we’re all feeling a little alien.

The situation has been exacerbated by shelter-in-place mandates that have been lifted only to then be reinstituted because of rising cases.  The one thing we’ve been able to rely on to maintain sanity, and a little bit of health, have been recreational spaces.

However, even those have fallen under scrutiny as states with attractions like beaches and lakes have shown some of the highest infection rates in the nation, suggesting that huge gatherings, even in recreational areas, may not be the best way to get back to normal.

Certainly, what this suggests is that whatever our new normal is, we’ll be focusing on more use of outdoor spaces, but we’ll be doing so by adapting these spaces to meet health requirements surrounding COVID.

Webinars: These Digital Meetings That Fight Against Inactivity During Covid-19

It is clear that COVID-19 has had an impact on the way we treat our parks and recreation areas, particularly when it comes to children.  A recent survey by the National Recreation and Parks Association reveals that 91% of playgrounds in the U.S. have been closed.  Even though authorities have struggled with controlling adult gatherings at State Parks, beaches, and other popular sites, rising outbreaks in these areas tell us something must change.

The most obvious changes will be in the way we deal with hygiene. Until a vaccine is created, we will most likely see mask mandates in outdoor spaces and may even begin to see mask dispensers or vendors selling masks for those who’ve come unprepared.

It is also likely that standalone sanitizing or hand-washing stations will become ubiquitous. This doesn’t mean the traditional restrooms of the past, but stations incorporated along walking trails, built in at playgrounds, and maybe even mobile stations on beaches and in other gathering areas.

To increase sanitation, the designers of outdoor facilities will be turning to material selections as an added safeguard against virus spread.  Stainless steel has been a traditional more sterile surface, but other materials show promise as well.  Copper, while not cost effective, seems to work well on high touch areas and even wood shows promise.

According to Dr. Julian W. Tang, a virologist at the University of Leicester, outdoor gatherings are viewed as safer because the wind can disperse respiratory droplets and sunlight can kill part of the virus. Thus, the open air allows for lower concentrations of the virus in a space, and therefore lower risk of it being inhaled.

We are likely, therefore, to see an increase in outdoor focused activities and planners will gauge design toward that.

Some locales have already made such shifts.  In Berlin, for example, authorities have installed new bike lanes, that some are calling “corona bike lanes,” to encourage people to spend more time outdoors where the risk of infection is lessened.  Look for similar changes in workplaces, where eating areas, meeting spaces, and social gathering spots may be moved to the outdoors.

Until a vaccine is found, coronavirus is going to be a part of our lives.  It is thus up to us to find the safest ways to move forward with a “new normal.”  Clearly, part of that shift in our lives will be inhabiting the outdoors more.  What we need to embrace are protocols that may change the ways we play or work outside but that will help stop the rampant spread of COVID-19.

Look for park benches to be replaced by spaced chairs, for swings that seem a little further apart than normal, and redesigned picnic spaces that not only incorporate more space, but also use quick-clean surfaces.

We will, of course, see a number of design changes incorporated into new facilities and implemented in retrofitting existing facilities.  No-touch features may become a part of everything from paying for ice cream at snack shacks to drinking from a fountain along a trail.  Design will also likely keep us at a distance — six feet, to be exact.