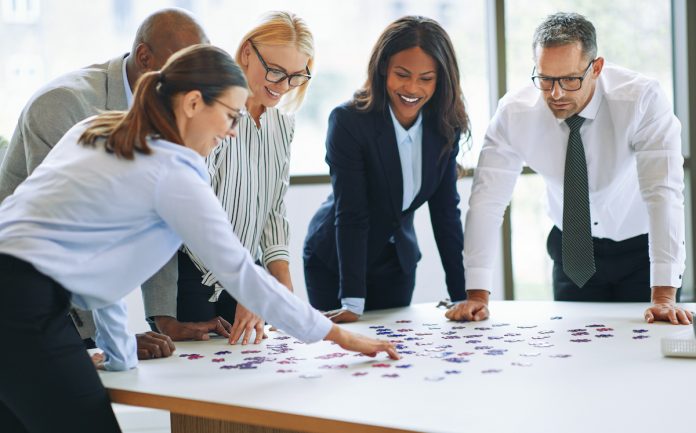 There is no doubt that communication should be a central facet of any business. However, this does not only mean communicating externally to customers; it is also all about getting your internal comms correct at the same time. This way, you are very much ensuring that staff members are on the same page at all times. There are several different elements involved in a strong internal comms strategy. Let’s examine what a few of these happen to be.

Ensure Every Member of Staff Is Reached

There is simply no point in having an internal comms strategy in which some staff members are reached, and others end up being excluded. Otherwise, you can end up having the opposite impact to the one that you were initially intending. In a world in which there are more and more remote workers out there, it is all too easy for them to fall out of the loop, so you need to make a special effort to ensure that this is not going to be the case.

Following on from the previous point, you are also going to need to make sure that you are picking the right comms channels. For many companies, this means the installation of a company-wide intranet system, but you may well need to check out the price that it is going to set you back, as well as taking your time to ensure that the correct system is chosen. You are also going to need to ensure that staff members are fully confident about how to use the systems in the first place. Otherwise, it can represent a significant cost investment without being worthwhile to your company as it is simply not being used as effectively as it could otherwise be.

Allow a System of Engagement Rather Than Just Announcement

While it can prove to be a temptation to simply make announcements via the system without a genuine attempt to engage people, this can end up not being as productive as you would otherwise want it to be. This would mean that you do not have a system of proper engagement on your hands, which could result in you not giving your members of staff a voice. So, you should always be looking to encourage feedback and opening up streams of two-way dialogue rather than simply dictating directly to your members of staff.

When you are taking on a leading or senior role within a company, it is also going to need to be the case that you are doing more in terms of showcasing to others exactly what they need to be doing. Therefore, you certainly need to be taking the lead at all times in showcasing those best practices for internal communications. This way, you are bound to make it much more likely that others will naturally start to follow you and engage in communications practices that are positive for your organization as a whole. This should certainly also be true of all of the leading members of staff at a company who should all be leading by example as well. This is the only way that you can hope it will all start to filter down throughout the rest of the company at large.

Ensure Goals Are Made Public

An internal comms system is also the perfect way of making sure that your goals are going to be set out and made public to all staff members. Ultimately, this can be a great way of making sure that everyone stays firmly on the right path at all times. Not only this, but it helps people see that they are part of something bigger and that all of them should be pulling in one direction. When goals are achieved, the internal comms system is certainly a place where a lot of the celebrations can be directed towards.

Use It to Both Reward and Recognize

Another central aspect of an internal comms system can be to both reward and recognize staff members for their hard work. After all, nobody wants to feel like they are in a situation of being in a vacuum, and there is no clear sense that what they are doing is being seen at all. There is no doubt that the public recognition of success can end up going such a long way toward staff members, but if you set the bar high in ensuring that the company culture is both supportive and appreciative, this can end up being significant. Tools such as a strong intranet system should allow you the opportunity to tag employees and use social tools to highlight success stories.

There is simply going to be no point in having an internal comms system unless open dialogue is not only desired but it is actively encouraged. Of course, this should flow in all directions throughout a company. Channels need to be wide open for both feedback and comment in order for you to have a hope of making this a success in any way at all.

Respond and Act on Feedback

As a follow-up point on the one that has just been mentioned in the section above, there is simply going to be no point in encouraging all of this feedback if people do not end up acting upon it. To begin with, there should be a sense of recognition in the feedback being received in the first place. After this, you can certainly be doing more to make sure that it is clear that you are not only listening but you are actively responding to the suggestions and putting in place systems that are directly based on it all.

All of these are amongst the different methods that you have in front of you for creating a situation in which you have a strong internal comms system that is working for the benefit of your company.

If your business has stopped advertising on Twitter, what alternatives could you consider?

How will Artificial Intelligence benefit society?