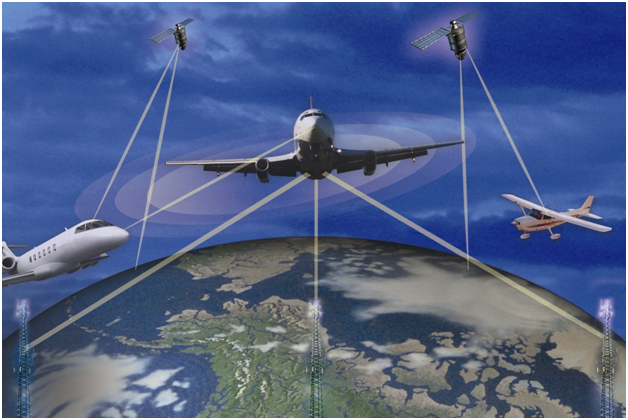 Automatic Dependent Surveillance broadcasts are monitoring systems that help an aircraft navigate safely. It comprises several components such as receivers, antennas, transducers, and others. The rising development of cost-effective, small, and lightweight surveillance systems for unmanned aerial vehicles are likely to boost the product’s sales. It provides excellent navigation and boosts the aircraft’s performance. These factors are likely to boost industry development in the upcoming years.

The global Automatic Dependent Surveillance-Broadcast (ADS-B) Industry size is expected to reach USD 2,877.5 million by 2028 from USD 901.7 million in 2021, exhibiting a CAGR of 18.03% during the forecast period. The growing development of lightweight, small, and cost-effective automatic surveillance-broadcast transceivers for unmanned aerial vehicles will have a tremendous impact on the automatic dependent surveillance-broadcast industry growth in the forthcoming years. In its research analysis, titled “Automatic Dependent Surveillance-Broadcast (ADS-B) Industry, 2021-2028.” The industry size stood at USD 847.9 million in 2020.

The COVID-19 epidemic has had a significant influence on the aviation sector. The automatic dependent surveillance-broadcast industry has taken a beating as deliveries of all aircraft types have plummeted. Weak aircraft orders, a slowing economy, and delayed commercial aircraft deliveries contributed to the industry’s downward trend.

The research analysis on the automatic dependent surveillance-broadcast industry encompasses:

The growing demand for unmanned aerial vehicles (UAV) propels the industry growth. An increase in air passenger travelers has resulted in high demand for commercial aircraft, which, in turn, will aid the expansion of the automatic dependent surveillance-broadcast industry. Moreover, the development of new airports, especially in Asia Pacific, will spur opportunities for the industry. Five international airports opened in Vietnam, Israel, China, Turkey, and the U.S. in 2019. Furthermore, the Indian government announced to build 100 airports by 2024 and allocated USD 23.7 billion in the financial year 2020-2021. Thus, increasing spending in the aviation sector across the globe boosts the Automatic Dependent Surveillance broadcast industry growth.

In 2020, North America led the Automatic Dependent Surveillance industry share worth USD 295.5 million. North America’s supremacy is attributed to the existence of several airports, a thriving aviation sector, and the greatest number of air travelers. Furthermore, from January 1, 2020, all aircraft flying in the United States must be outfitted with the aircraft surveillance system, according to the FAA.

In Asia Pacific, with expanding air traffic, passenger aircraft deliveries, and the presence of several airports, the industry will increase at the fastest rate. According to IATA, China will overtake the U.S. as the world’s largest aviation passenger industry by 2024. China constructs eight airports every year. In addition, fast growth of the aviation industry and rising urbanization in China, India, South Korea, and other Asian countries is expected to propel industry progress.

How To Find A Rewarding Career